Gionee A1 Review: What Happens When Marathon and Selfie Series Come Together?

Wickedleak Wammy Titan 5 Review: Heavier Outside but Lighter Inside

The company that came like a storm and creating a Tsunami in Indian smartphone is up with yet another smartphone offering. Fairly known brand from China is not only offering smartphones, but also an entertainment package. Launched on June 8th, 2016, LeEco Le 2 came for a review. Here is our unbiased and in-depth review of LeEco Le 2.

Along with Le 2, LeEco also launched their flagship device Le Max 2. Both of them are priced aggressively for the Indian market. For new readers, Le 2 is priced at INR 11,999 and will be available in Rose Gold color option. Le Max 2 (4GB RAM variant) is priced at INR 22,999. Both the devices will be available for purchase on flash sale starting 28th of June at Flipkart.com and LeMall India.

When compared to other smartphones in the mid-range segment, the LeEco Le 2 packs some mind-blowing hardware. It is packed with powerful Snapdragon 652, an octa-core processor clocked at 1.8GHz. It is backed by Adreno 510 GPU and 3GB of RAM. The device comes with 32GB of inbuilt storage with no expandable memory option.

It flaunts a 5.5 inch Full HD Screen with In-cell Display with very little bezels. In terms of the camera, the LeEco Le 2 packs larger 16MP sensor on the rear and 8MP front facing camera. It supports dual-SIM cards with both being nano-sized card holder. In terms of the connectivity, the device comes with LTE support, Dolby ATOMS sound technology and there is an infrared sensor as well.

The device packs a 3000mAh battery under the hood. It runs on Android Marshmallow with company’s proprietary  EUI layer on top. The device doesn’t come with a 3.5mm port for audio output. Instead, the company has added voice over USB Type-C port called as Continual Digital Lossless Audio Technology (CDLA) into LeEco Le 2.

Inside the box, the LeEco Le 2 will come with following things,

The LeEco comes with a metallic unibody design. Meaning you can’t open it easily like any other device to insert the SIM Cards and remove the battery. The device comes with premium metal featuring screw-less industrial design. The build quality is top notch without any traces of plastic material being used. It’s all in metal glory!

Talking bout the design of the LeEco Le 2, on the front we have a 5.5-inch display with a very narrow bezel around it. On top of the screen, we have a speaker for calls with a proximity sensor onto its left and an 8MP front camera on its right side. There is also a notification LED next to the front facing camera. Below the screen, there is a navigation key with backlit. They light up upon touch only.

There are a volume rocker and power on/lock buttons on to the right-hand side with good tactical feedback. There is an SIM ejector on the left-hand side that can intake two nano-SIM cards. On the top side, we have an IR blaster. Towards the bottom part, there is a USB Type-C port placed in the middle of the speaker grill.

On the rear, we have a 16MP camera sensor with dual LED flash on its right. There is a fingerprint sensor below the camera and LeTv branding. Sadly, we are yet to see LeEco branding on their smartphones yet.

The LeEco Le 2 comes with 5.5-inch display with full HD resolution. It is made up of in-cell technology. Though the colors are vivid and dynamic, the display doesn’t lit up quickly. Thanks to ambient sensors. There are color modes available for manually changing it. Always felt Vivid mode is better than stock LeEco color mode.

In terms of the user interface, similar to any other Chinese smartphone, the LeEco Le 2 also follows no app drawer design. There is an eUI layer built on top of the Android Marshmallow operating system. As compared to older LeEco devices, there isn’t much change in the software.

For the newbies, the eUI layer comes with some unique features. There is the control center that places the quick toggles, screen brightness slider, recently opened apps and app clear options in a single window. You can add and remove shortcuts. This has been a unique design seen so far compared to any other third party OS. And I’m personally addicted to this right now.

There are some theming options which are good to play around while you are bored of the same design. The device comes with a Remote Control application can help us in handling all the devices around us with LeEco Le 2.

Apart from these, LeEco Le 2 also comes bundled with entertainment package inbuilt to the core of the OS. There is LeView screen which can be accessed by swiping to the left most side. This shows the recommended videos to watch based on the category chosen from. The LeVidi that is integrated from EROS Now that gives us access to more than 2000 movie titles.

Apart from these two, the company has also added live TV feature that comes in as Live button sitting on the app try like an add drawer button. This live app gives us access to 100 plus channels. Along with these videos, the company will be adding music streaming service powered by Hungama. Will be made available in Q3, 2016.

This package alone will be costing INR 4,999 per year. But all the LeEco Le 2 users will be getting it for free for the first year. Wait, you will also be getting 1TB of cloud storage! Massive package. Isn’t it?

Let’s become photographers at INR. 11999. Yes, you read it. LeEco Le 2 has some great image taking capabilities. The device comes with the 16MP rear facing camera with PDAF and dual LED flash. There is an 8MP front facing camera with 77 degree wide angle lens.

We did put the device for heavy usage during our outing. Guess what? We are completely overwhelmed with the performance. Under the natural lighting, the LeEco Le 2 was able to click some compelling shots. Good at color reproduction. The focusing system was faster, though it would have been better with laser auto-focus. It does some with 9 different filter options as well.

Taken from @leecoglobal Le 2.. one more awesome device in sub 15k price segment.. u can judge yourself about the camera.. no edits.. #noedit #2Future #leeco #le #le2 #instapic #naturelovers #musica

In the low light conditions, the LeEco Le 2 performed average. Though it took some good shots, there was a bit of noise in them. The 8MP sensor was able to take some good selfies as well. Good enough for social media sharing 😛 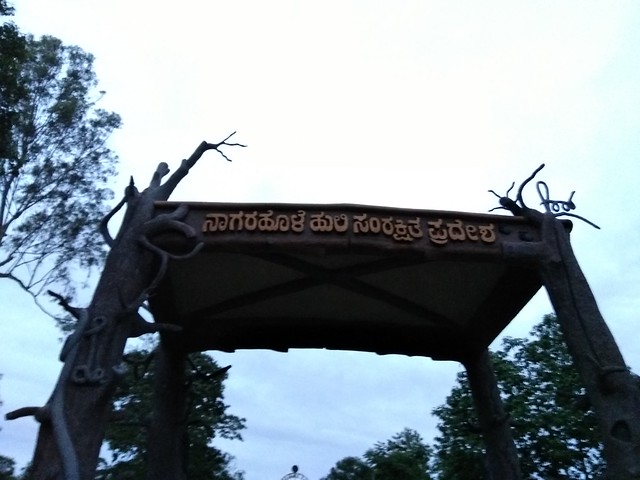 The device does have a support for HDR and Panorama clicks as well. Below is an example of panorama shot we took and it came out really well.

Though we missed the time-lapse feature, the device was able to shoot an awesome slow motion video. In my test, I did find LeEco Le 2 performed better than OnePlus 3. Yes, I’m not kidding. Though the color reproduction wasn’t that impressive, the HD video was shot at 120fps was slower than of OP3.

The LeEco Le 2 has a mono speaker on the bottom part. It was able to emit some decent sound. The loudspeaker throws a good bass and treble sound. Though both the grills don’t have speakers behind it, even by closing the one grill which has the speaker, we could still hear the sound.

The call quality is way better than that of Le 1s. We always felt the 1s was not good while on a call. But the Le 2 is better in terms of call quality. The device also comes with Dolby Atmos for a loudspeaker and Digital earphone features that can enhance the sound output by a good extent.

As told before, the LeEco Le 2 doesn’t come with 3.5mm port for earplugs. Rather, the company has included a sound-over-USB Type C technology called Continual Digital Lossless Audio Technology (CDLA). The CDLA can emit a better sound when compared to 3.5mm jack earplug. But when one forgets their earplugs, you will be forced to go back and collect it. Though there is Type-C to 3.5mm jack converter out of the box, how many will be carrying it all the time is a real question.

With Snapdragon 652, Adreno 510 and 3 gigs of RAM, this device is best in the range. Whatever you throw at it, the LeEco Le 2 never lagged. We played some high-end games, played videos, listened to the videos, it never showed any lag. Though device got heated up a bit under heavy gaming scenario, that was very negligible to be ignored.

If you are one of those who’s worried about benchmark scores, here is how much it scored when compared to others in the range.

Under heavy usage, the device was able to hold the juice for one complete day. With hours of listening to music, hours of calls and heavy WhatsApp and Facebook, the device gave nearly 3 and a half an hour screen on time. This was both between WiFi and 4G usage of single SIM.

Totally worth it! We are totally satisfied with the performance of the device. Good battery backup, good camera and not-so-satisfying display at INR. 11999 is still a steal deal. However and though CDLA sound technology is groundbreaking, it is still a blocker in many ways as spoken before. Hope we get to see OTG cable that can support both charging and earplug at the same time.

Also, no earplug out of the box is yet another drawback to the device which costs INR. 1999. However, the company has announced free CDLA earplugs for the first flash sale customers. The LeEco Le 2 will be sold via LeMall and Flipkart from June 28. The company has already received over 5,25,000 registrations for Le 2 and Le Max 2 sales for the first sale. There is going to be a huge crowd to grab these devices. Get ready for the quickest fingers first.

"Launched on June 8th, 2016, LeEco Le 2 came with some great looking specification and priced well. Here is our unbiased and in-depth review of LeEco Le 2."

Avid blogger, crazy about gadgets and mobiles especially about Android powered devices! Tech is all you get out of me! You can follow him on Facebook and on Twitter. To get in touch, simply drop a mail