Axis Startup Social – A Networking Platform for Startups in India

Vivo V5 Plus: Full Specifications, Top Features, India Price and Everything You Need to Know

Rook – A home drone that can be controlled from anywhereLeaked! Here is the Complete Specifications of Xiaomi Mi 5!Ringing Bells Freedom 251 Costs Rs. 251 and is a World’s Cheapest Smartphone!

While Galaxy S6 and S6 Edge was all about delivering a premium Android phone and the company did succeed in moving beyond plastic and bought in metal and glass. However, they did leave out few key features like expandable storage which left a lot of users wanting for more. Enter Samsung Galaxy S7 and S7 Edge, the new 2016 flagship phones by Samsung expected to fix the tiny flaws with the S6 and woo the customers.

Samsung Galaxy S7 and S7 Edge have the same design as the Galaxy S6 and the feature set had nothing out of the ordinary apart from improvements to what the S6 had and brought back features that were dropped from the Galaxy S6.

Few other nice features include gameplay recorder for gamers to record their activity without rooting the phone, motion panorama for the real-time capture and stitching to enable users to relive the moments. Photography enthusiasts will also enjoy the motion photo feature that will capture 3 seconds before and after pressing the shutter, wide selfie mode and a lot of other little software tweaks.

Another usable feature is the integration of white pages built in the phone where one could identify unknown calls and texts.

“Always On” as we have seen it on the LG G5 will be seen on the new Galaxy phones. Which essentially means that the phone will be using the ability of OLED to show information by selectively lighting the pixels and thereby consuming very little battery power.

Both the phones do come with a lot of improvements and tweaks, however; we will have to play with the little beasts to tell a final verdict on how they fare against the LG G5 and the other new flagships that are being launched in MWC 2016.

The Samsung Galaxy S7 and S7 edge is a refinement of last year’s design, but brings back a key feature in expandable storage, while also making some useful additions, such as resistance to dust and water.

Along with its flagship device launch, Samsung also introduced a couple of other gadgets namely, Gear VR and Gear 360. These are more like wearables and consumer friendly that could add additional features to the Samsung Galaxy S7 and S7 Edge.

Samsung has tied up with Oculus, which is now a part of Facebook to bring virtual reality gear to the masses. Called as Gear VR, the VR headset brings in immersive functionality in front of your eyes. This gear allows you to view 360 degrees contents.

Another companion that could come handy while on trekking or cycling is gear 360. It is an additional camera that can take 360 photos and videos for you. It can provide a 4K resolution video and 30MP photo that can be easily viewed on gear VR. Again this is also a water and dust resistance.

The S7 and S7 Edge will be available in the US on March 11, and the pre-orders will start on February 23. Early adopters will be taking home a free Gear VR. Despite Chinese competitors denting Samsung’s sales with their competitive pricing, Samsung has chosen to stay on top in terms of the pricing for the premium build quality it brings with their devices.

Samsung is yet to disclose the pricing of the devices launched today. But we got a tip from our friend about the same. As per the Samsung UK website, the cost of Galaxy S7 is going to be £569.00 and the Galaxy S7 Edge would cost £639.00. The pricing is for the 32GB model. The device is expected to be available in the UK stores starting March 8, 2016.

What are your thoughts on the latest flagships Samsung Galaxy S7 and S7 Edge? Share it via the comment section below. 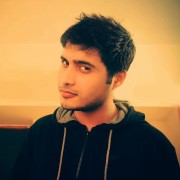 LG G5: A Step Towards Bringing Modular Smartphone to Masses!